The makings of ‘About Dad’

A look back on classes

Some words on editing

“A Film needs to Have a Dynamic Subject”- Dad

Making things relevant. That was the theme of my camera. Does that come across in the picture above? Probably not, at a first glance.

Our very first task beginning the process of our film was to design and create our own symbolic cameras. After studying the theory of ‘the camera’ in visual anthropology, it had been made clear to us that there is an unfathomable amount of  interactions taking place when you point a camera in one direction or another. Before laying our hands on the DSLRs promised to the class; we were to first appreciate this ‘power of the camera’ phenomenon with our paper mache-cardboard-latex contraptions, and see if they had the same effect on our subjects as the real deal.

Spoiler: it mostly does.

We were sent out with our wonderful contraptions into the wilds of campus to ‘shoot’ any wandering student we could clap eyes on. On a closer level, we often felt compelled to ask permission of our subjects; whether or not we could ‘film’ them. Then, on an even closer stance, subjects of our filming sometime even asked if our cameras were working and asked why we were ‘filming’ them. Taking my camera as a classic example; our symbolic cameras were quite obviously duds. Alas; we invoked suspicious reactions from most the people we ‘filmed’ that day. The exercise did indeed highlight the power of the camera; even on a very whimsical level. People’s behaviour changed; their awareness heightened. And similarly to a point raised in the making of my own film; people often question why on earth you want to film them.

My Camera: Behind the Design

Having already sporn my idea for ‘About Dad’ back in November, a lot of deliberation had occurred; pencilling out the trajectory of this filmmaking process on my head. I knew one of the things I wanted to do in the creation of this film was to make my relationship with my dad relevant to the life I was living in student-land. Again and again when returning home, I often felt an interlude of regression; often being expected to return to someone that I no longer was in order for my existence to fit within my dad’s conceptions of me. I’m sure this is a phenomena that many-a-undergrad can relate to. It sure got to me, especially when my family’s dynamic had changed so much in my time during university, and I felt this expectation to have gone unchanged.

By making this film about my dad, I wanted to make the most of an opportunity to create something that aligned both of our current interests, and at the same time learning to spend time with one another as the individuals we currently are; not trying to botchedly recycle misconceptions of each other from times passed. And so with this little mantra “making things relevant, bringing things to now'”, that week, I scribbled down a rough design of what came to be my symbolic camera in the middle of some lecture; flowers n’all.

It goes like this: the tea stained newspaper covers the rear-end of the camera; along with the area around the viewfinder. Tea-stained= old, dated, and maybe slightly nostalgic, but at the same time; false. You with me so far? Then the newspaper becomes newer, and crisper. And then , the rainbow,  crepe paper begins to leak through. And finally, sprouting out of the lens itself; some of TESCO’s finest spray painted yellow carnations. I couldn’t think of something better to represent the present, and instantaneous nature of filming, than something living coming, bursting through the lens.

That was the concept. By using my camera, a real one this time, I would be attempting to bringing things into the now, whilst at the same time reflecting on things that have passed.

Any excuse to have a night in watching Pocahontas and shred multi-coloured crepe paper around my room too, if I’m being perfectly honest. 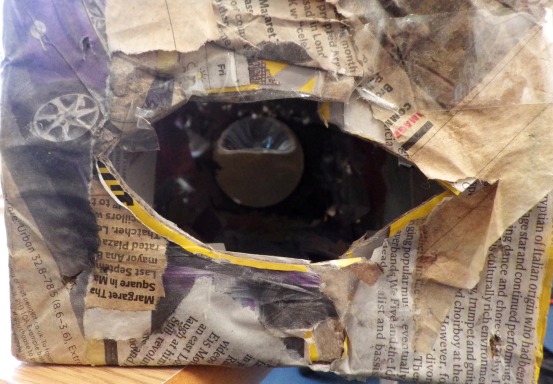 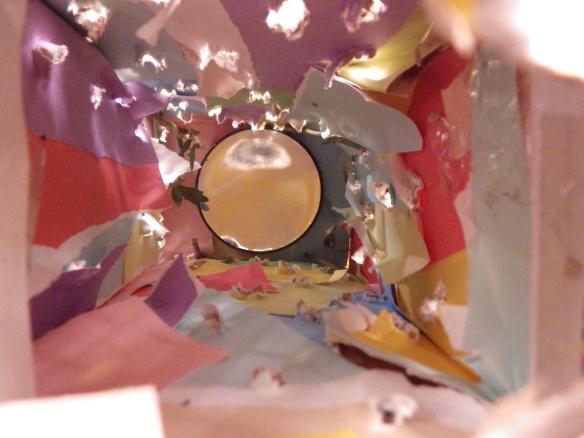 An inside-glance. A mirror viewfinder. Filming a subject instantly reflects your relationship to the subject. Or so they say.

High hopes for the outcome of my film: The Spectacular Now. Yes, I’m aware it is already a film title.

It’s 10:14. I have class at 11. I have just donned my Dad’s old Calvin Klein denim shirt and I’m pressed to introduce this film of mine, and my Dad’s.

I have so many lamentations about this film, this project, this space of cyber-land. I cannot help but be overwhelmed by my own musings and intentions (the majority of the time). There are several posts I have created and mulled over for nearly a fortnight now- but alas no black pixels have appeared on the screen. This is mostly down to the unavoidably personal nature  of this whole process.

So you may have guessed; the film that is working it’s way towards creation is about my dad. So far I have decided I will to you this about my Dad; his name is Jeremy. 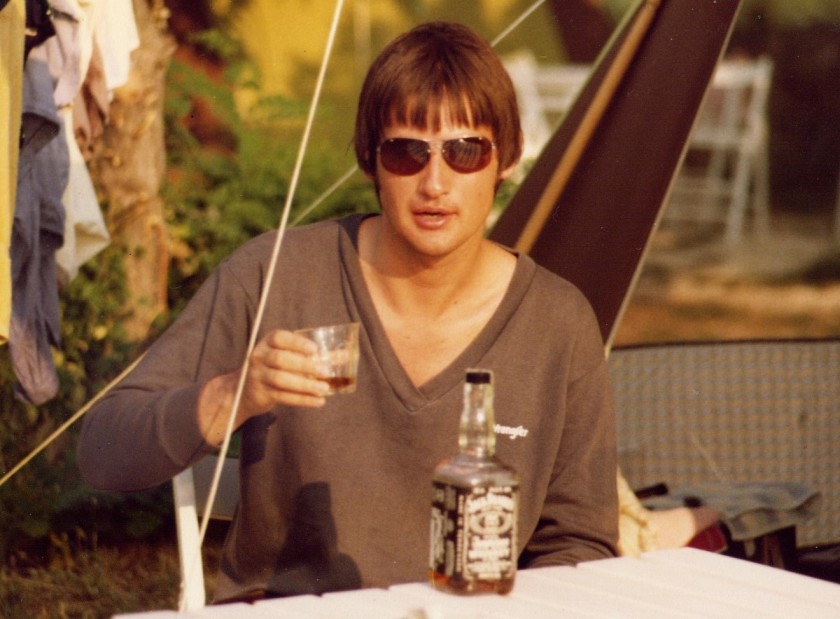 Trying not to overthink my picture selection here;
Jeremy in his youth looking very rock and roll.

Other than that however, I want to take it slow when it comes down to explaining my dad on here. This is foremostly because it’s going to be very strange for both me and my father to interact other this media; and to be open about this film to people beyond my close friends, my mum and sister. Secondly; I have no intentions to create a bio-pic of any sort. The working title of the project is My Indigenous Film About Dad. I hope to most that is rather self explanatory. Perhaps the term term indigenous may seem out of place to some of you; well let me explain…

The word indigenous, in relation to filmmaking is being used here to depict a sort of style that was lent upon when visual anthropologists would go to marginal indigenous communities, and rely on the camera to capture their true sociality- rather than constructing an overwrought ethnography. When this style of visual ethnography was coming to be, many in the field believed this reliance on the video camera would bring anthropologists closer to telling the truth, being objective, being fair to the communities they were portraying.